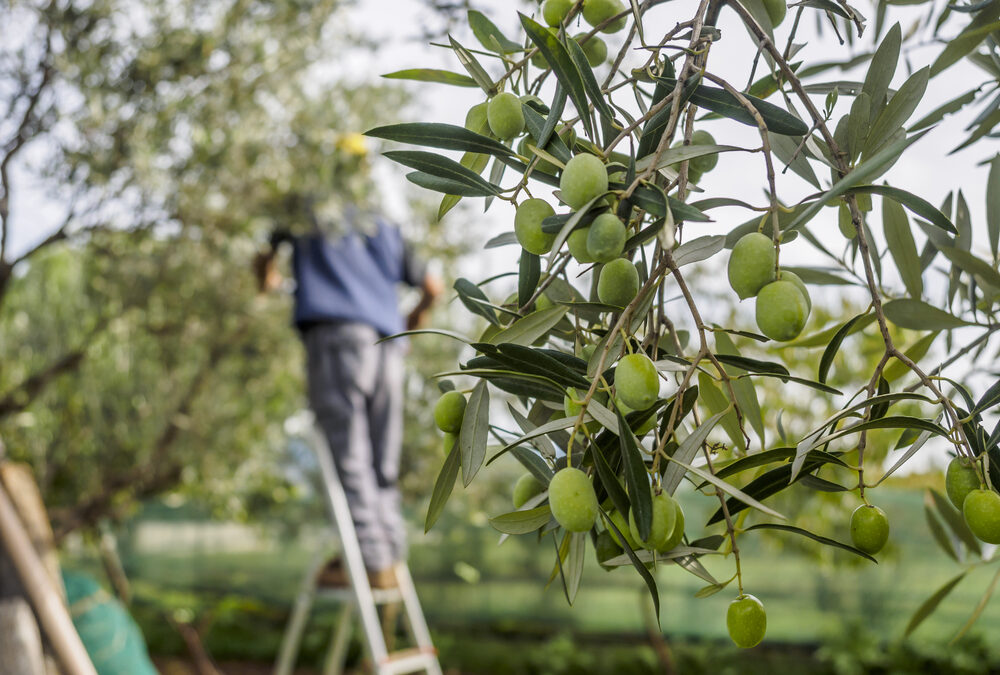 As early olive harvests get underway in Italy, initial statistics suggest a significant drop in yield for the 2020/21 season. The Italian farmers association, Coldiretti, and the Unaprol Consortium estimate that this year’s harvest will be approximately 22% lower than last, which equates to 287,000 tons of olive oil.

A drop in production

The main reason behind this fall has been challenging growing conditions. Earlier on in the year, storms and variations in weather caused widespread damage to olive groves, especially in the north of Italy. Some famers in the region of Bergamo, according to the Olive Oil Times, reported losing as much as 90% of their crop due to such conditions. And the South of the country hasn’t fared much better. Puglia, one of the country’s most prolific olive-growing regions, has been beset by flash floods throughout the year at the same time as combatting the xylella fastidiosa bacterium that has blighted farms across Europe.

The downward trend in Italy is, in fact, in line with global production predictions. According to the United States Department of Agriculture, global olive oil production will hit 3.03 million tons in the 2020/21 season – which represents the fourth successive year of decline in terms of quantity. Morocco, Tunisia, Turkey and Portugal have all experienced a fall in yields, whilst Greece and Spain have remained fairly stable. And this comes as consumer demand for olive oil grows – the industry is expected to expand by 2.9% between 2020-2027.

Despite yields decreasing in Italy, it appears that the quality of Italian olive oil remains high. The first harvests in Sicily have produced extra virgin olive oils of exceptional quality, which has been recognised by numerous award-bodies. Inevitably, the result of lower yields of higher quality will be higher prices for international buyers – just how much, however, remains to be seen as the harvest continues.

If you’re looking to secure the best prices for high-quality olive oil, get in touch with The Italian Food Experts. With a network of suppliers spanning the length of the country, we can find the product that meets your exact requirements, and help in the development of private labels. Send us a message to see how we can help – all advice is entirely free and non-committal.