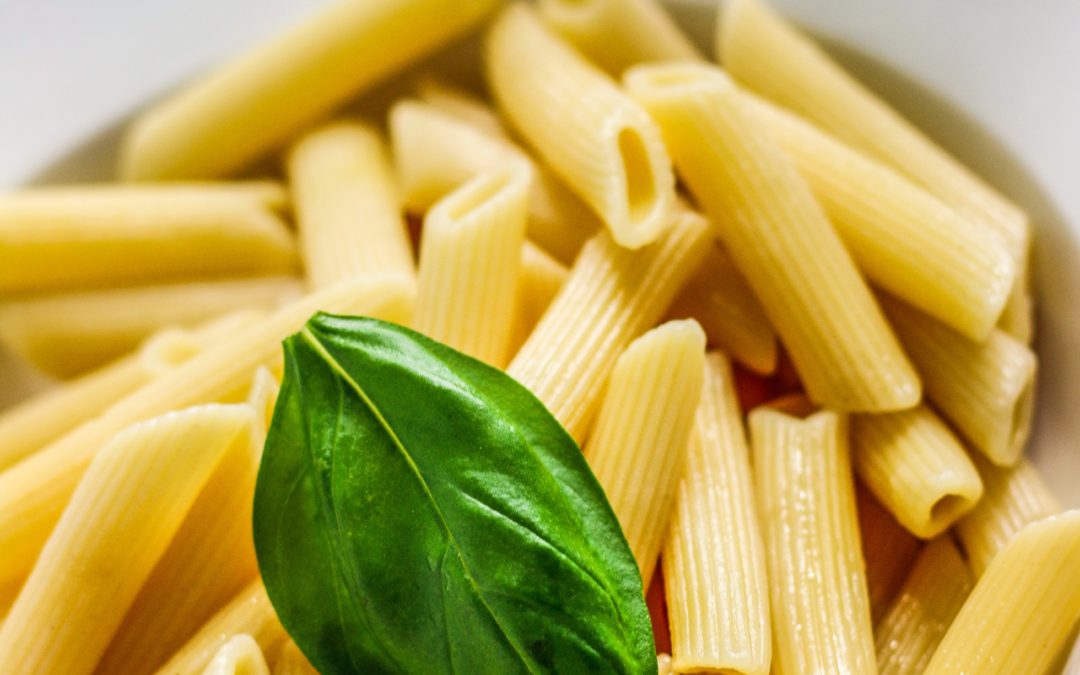 Although the origins of pasta are often debated, Italy is undoubtedly the homeland of this carby treat.  According to Aidepi (The Italian Association of sweets and pasta), the country produces over 3 million tonnes of the food-stuff annually.  Whilst just under 2 million tonnes is exported (mostly to Germany, France, the UK, USA, and Japan), the rest is consumed within the country – the average Italian eats around 23.5 kgs a year.  All of this pasta comes in a wide variety of shapes. It’s estimated that there are about 350 forms, all used for different reasons. Here are Italy’s five most popular pasta shapes and how to eat them.

Italy’s most popular pasta is penne.  This quill-shaped pasta is unusual in that it has a very precise origin. It was born in 1865, with a new device patented by Giovanni Battista Capurro in the small town of San Martino d’Albero, near Genoa.  The machine meant that tubes of pasta could be cut diagonally to a standardised size, eliminating the need for using scissors as was done before. Although there are different types of penne, the most common is penne rigate.  With ridges running along with surface, penne rigate are ideal for chunky sauces – the indentations help the pasta to hold sauce whilst the pasta is firm enough to be paired with larger pieces of vegetable.

Translating as ‘thin strings’, spaghetti is one of Italy’s most iconic pasta shapes.  Around 30cm in length, they are cylindrical strands known for their use in Carbonara or Puttanesca.  Given that spaghetti is not made to retain sauce as well as other pastas, it is better suited to lighter, simpler sauces.  A classic spaghetti aglio e olio is a classic example of this. Also, it’s important to remember that spaghetti is never used with bolognese sauce (ragù)!

Italy’s third favourite pasta shape is that of fusilli.  A short, twisted shape, fusilli can be found in many recipes from the southern regions of Italy.  With its name harking back to a tool used to twist wool (the “fuso”), this type of pasta is perfect with meat or ricotta-based sauces which its coil are able to hold.

Rigatoni gains its name from the ridges (“righe”) on its wide, cylindrical surface.  These short tubes of pasta are also favoured in Southern Italy, where they are often paired with thicker sauces.  Similarly to penne rigate, sauces adhere well to the ridges of this pasta whilst the tubes are able to hold chunks of vegetables and meat.

Tagliatelle has one of the more interesting stories of origin.  It is thought that these flat ribbons of pasta were born as a result of a particular banquet held by Giovanni II of Bentivolgio in the 15th century.  This banquet was held to mark the visit of Lucrezia Borgia to Bologna on her way to Ferrara to marry Duke Alfonso D’Este in 1487. The head chef of the Bentivolgio family took sheets of pasta (as used in the Bolognese staple of lasagna) and cut them into ribbons, supposedly to pay homage to the flowing blonde locks of Lucrezia Borgia’s hair.  Regardless of whether this legend is actually true, tagliatelle has remained up to today as one of Italy’s favourite pastas. With a flat surface and around 6-8mm wide, they are ideal with meat-based sauces such as beef and pork ragù.

With so many different types of pasta on offer, it can be difficult choosing which one is right for you.  With our short guide on Italy’s most popular pasta shapes and how to eat them, you can be sure to purchase the pasta that most suitable for your recipe.  If you’re looking at buying dry pasta, why not take a look at our article on how to buy dry pasta like an Italian?

If you’re looking to source pasta, or any other Italian food product, don’t hesitate to get in contact with our Italian Food Experts and see if we can help – it’s entirely free and non-committal.