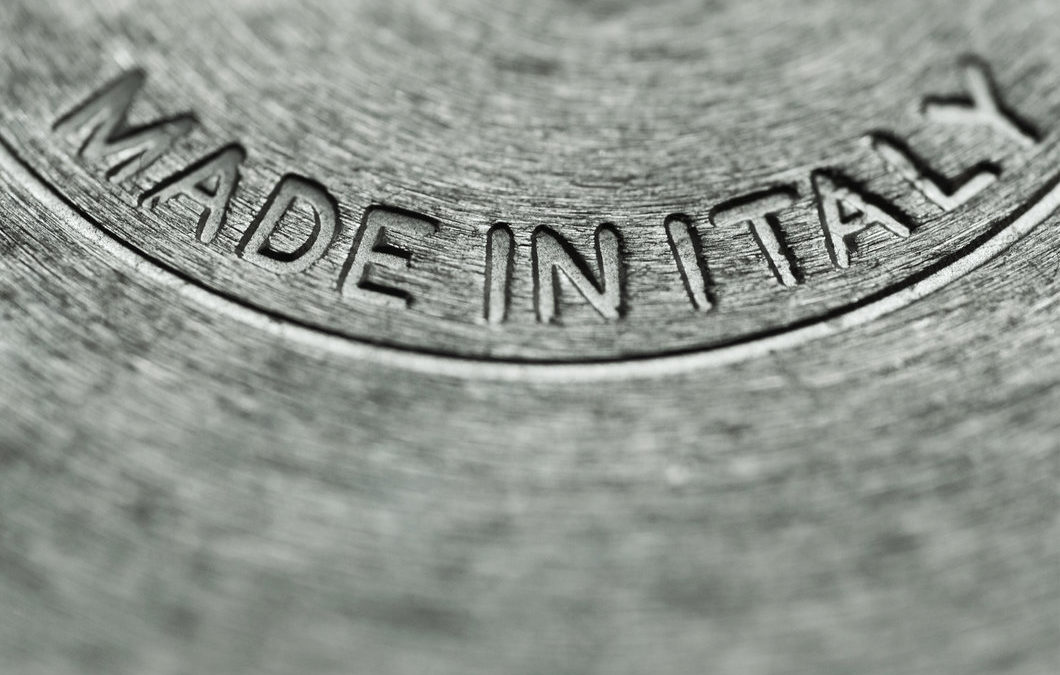 Last week, Lidl received a €1 million fine for allegedly misleading consumers on the origins of two of its dried pasta brands, Italiamo and Combino. According to Italian prosecutors, the German retailer was at fault for emphasising the Italian nature of the products, which were made mostly from ingredients originating outside of Italy. Despite this sounding like an obvious error on behalf of Lidl, these are complex (and stereotypically Italian) matters. Here we take a look at the regulations surrounding labelling pasta as ‘Italian’, and how to make sure you’re getting the best from il Bel Paese.

Pasta – Made in Italy?

The ‘Made in Italy’ brand sells, and nowhere is this seen clearer than in the food industry. The ‘Made in Italy’ stamp instantly provides a product with a premium and for good reason – it denotes a dedication to the best quality ingredients and the most innovative processing techniques.

In terms of regulation, ‘Made in Italy’ can be used for any product whose constituent parts have been wholly obtained or have undergone their final, most substantial transformative phase within Italy. In simpler words, the trademark can be used for products processed or assembled in Italy, even if that product’s individual parts are from another country.

Made in Italy, but with foreign wheat?

To some people, the idea of an ‘Italian’ product that’s made with raw materials from another country is strange, perhaps misleading. This includes the Italian Ministry of Agriculture which in 2017 brought in regulations that forced pasta manufacturers to state the origin of the wheat used in their pasta.

The intention with such a law was not only to provide more transparency to the consumer, but also to encourage producers to use solely Italian wheat – a somewhat misguided aim given that Italy doesn’t produce enough wheat to meet demand, and not all the wheat it does produce is of the high quality expected.

It’s safe to say that many producers within Italy were concerned about the new rules – seeing them as a threat to the ‘Italian’ brand they relied on. For them, the ‘Italian’ quality of the pasta was gained through the sourcing of exceptional-quality ingredients, from any country in the world, and a refined technique of processing within Italy itself.

So, it’s therefore possible to have two labels on the same pack of Italian pasta: ‘Made in Italy’ and ‘Durum wheat from non-EU countries’.

There’s another twist in the tale, with potential repercussions for Italian pasta. The Italian government’s ‘Antitrust authority’ has found that certain food manufacturers overemphasise the ‘Italian-ness’ of their products, despite being able to use the trademark ‘Made in Italy’. In 2017, for example, a producer of sun-dried tomatoes was ordered to remove images of the Italian flag from its labels, as the prime ingredient originated from Turkey before being processed in Italy.

These rules, dubbed the ‘Italian-sounding‘ regulations, sought to give further clarity to the real origin of food products and avoid misunderstanding amongst consumers – a well-intentioned objective.

Despite the positive intentions behind the rules, they seem to just add to the confusion around what can be labelled as ‘Italian’ – it’s possible to have a product made from non-Italian ingredients and labelled as ‘Made in Italy’, as long as there’s little other reference to Italy in the labelling. It’s as confusing as Italian bureaucracy.

Our advice for those pondering the ‘Italian-ness’ of their pasta would be to trust in the ‘Made in Italy’ trademark, and to assess its nutritional content. Italy’s pasta is the best in the world not because it’s made from Italian wheat, but because it uses the highest quality grain from around the world, and processes within Italy using only optimal techniques. And if that doesn’t convince you, take a look at the nutritional values – pasta of high quality, made in Italy, should never contain less than 10.5% of protein content.

If you’re currently souring pasta and want to make sure it’s 100% Italian, get in touch with the Italian Food Experts. Working alongside small and medium producers up and down the country, we’re able to find a suitable producer for your needs. And what’s more – all our advice is free and entirely non-committal.