Which region in Italy has the best food? 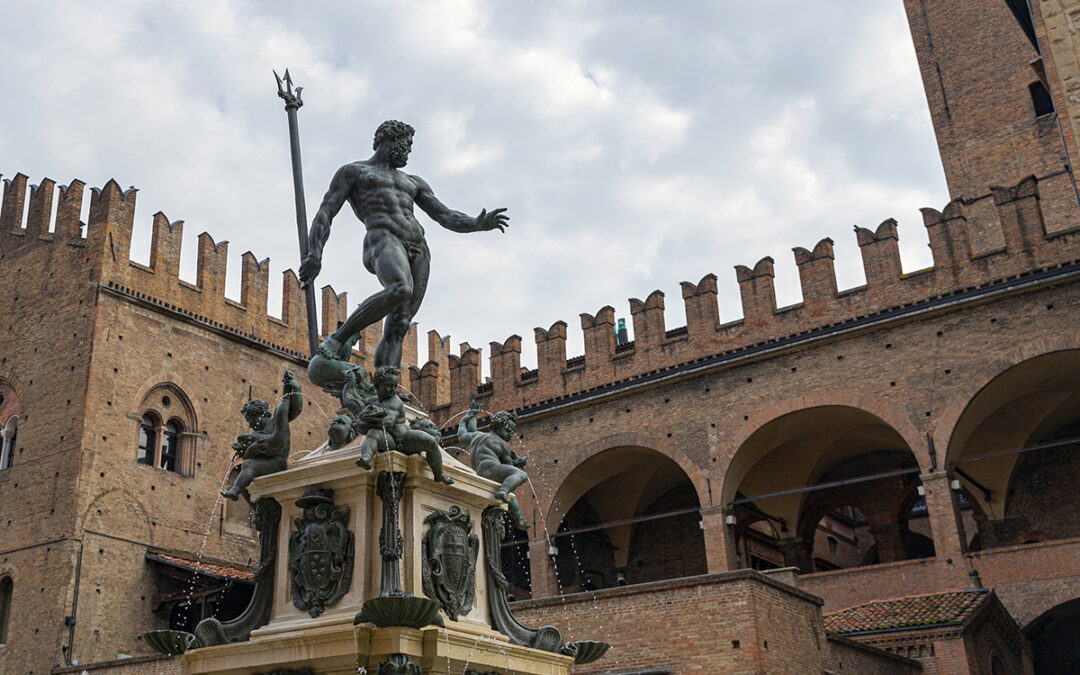 Although the term ‘Italian food’ is used the world over, it’s slightly misleading. Rather than having one distinct cuisine, Italy is home to a myriad of regional gastronomic traditions, owing in large part to its fractured national history. From the rich alpine cheeses and cured meats of the North to the Greek and Arabic-inspired dishes of the South, each region of Italy has its own cuisine with specific characteristics. So, if you’re asking, ‘which region in Italy has the best food?’, the answer is all and none – they’re simply different. In this post, therefore, we’ll outline some of these differences so you’ll know how to choose between la cucina pugliese and la cucina toscana.

As ‘bolognesi’ we might be biased, but the northern region of Emilia-Romagna is considered one of Italy’s most pronounced food centres. Over a period of centuries (and perhaps longer), the region has produced, cultivated, and refined a number of food products that have become staples across the globe. You only need to mention parmesan, mortadella, balsamic vinegar, lasagna, and tortellini to understand Emilia-Romagna’s role in ‘Italian cuisine’. And that’s not to mention lesser-known regional delights such as gnocco fritto, a light, airy package of fried bread, or tigelle, a deliciously-dense, thin round of bread from the hills around Modena.

Located on the ‘heel’ of Italy, Puglia is a semi-arid land with almost 900km of stunning coastline. Despite once being emblematic of Italy’s impoverished South, the region is now held in high regard, and its cuisine is certainly one of the main reasons why. Apart from an abundance of seafood (notably sea urchins and squid, prepared in a number of ways), Puglia is renowned for the quality and quantity of its olives. In addition, the region is the birthplace of focaccia, orecchiette, and burrata – a sumptuously creamy cheese made from mozzarella, stracciatella, and cream.

A tourist hotspot (for good reason), Tuscany’s gently rolling hills produce far more than world-quality wines. Alongside an array of hearty bean-based broths and nutty cheeses (mostly varieties of pecorino), tuscan cuisine is known for its emphasis on meat products. Whilst salame toscano wouldn’t be out of place on the most refined of apertivo platters, the region is perhaps most famous for the eponymous ‘Florentine steak’ – a T-bone steak seasoned with sage and rosemary, and cooked over coal. For those looking for sometime a little more affordable, lampredotto is a herby tripe sandwich, perfect for the colder months.

Despite being home to the Amalfi coast, the Campania region stands out in Italian culinary cuisine for its strong tradition of la cucina povera (‘poverty cuisine’). Constrained by tough economic conditions and perturbed by continually-changing rulers from the 13th century onwards, the inhabitants of Campania were forced to find innovative ways to use the few ingredients at their disposal. And the results were phenomenal. Pasta e fagioli, pasta e patate, and spaghetti all vongole are all examples of the ‘poverty cuisine’ of Campania (specifically Napoli). And, besides, the region is also credited with the invention of pizza, and is protected area of production for the now world-famous mozzarella di bufula.

Not to be forgotten, the island of Sicily has a distinct gastronomic character. Whilst it obviously includes a lot of seafood (pasta with sardines and involtini di pesce spade – swordfish rolls – for instance), it also has a number of unique sweets. Granita, for example, is a semi-frozen dessert made from sugar, water, and various flavourings (it’s commonly eaten as breakfast during the hot summer months). Besides this, Sicily is also famous for cannoli – a thin, fried tube of pastry dough filled with ricotta and finished with chocolate, nuts, candied fruits, or honey.

If you’d like to learn more about Italian food, read previous articles from the Italian Food Experts. As a team of dedicated food professionals, we draw from decades of experience and an extensive network of producers throughout Italy to source new products for International buyers. If you’re currently on the lookout for a new Italian food products, feel free to get in touch and start a conversation.